Words Of Advice For Defendants by Steve Kubby 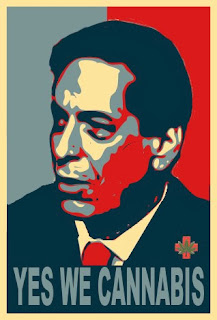 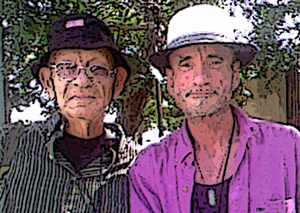 James Green, known by his friends as Jaime, is a 78 year-old cancer survivor, Navy Veteran and outspoken medical cannabis patient advocate.  Recently, the cancer has returned - this time in his kidneys and bladder - and along with a mild stroke, Jaime is now staying at a convalescent and rehab hospital in Mid-town LA.  Many LA patient advocates who have testified at City Hall know Jaime and his wisdom, strength and finesse for words. 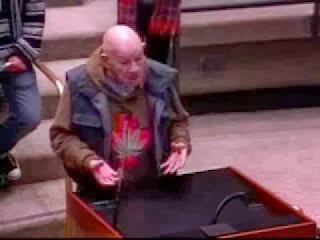 While miraculous things do happen, Jaime has decided to forgo chemotherapy and other cancer treatments.  His energy is good and his spirit is strong.  He has asked me to share his Holiday Wish List with you:

Visitors – Jaime would love company beyond all those doctors, nurses and rehab specialists.  He is at Sunray Healthcare Center, 3210 Pico Blvd.  Visiting hours are 11 a.m. – 8 p.m.

Food – Jaime states he needs more than they are feeding him at the hospital.  His friends tell me he has always had a large appetite and would appreciate between meal snacks.  I confirmed with him that he has no food related allergies – he says he’ll ‘eat anything” – he’s ‘not picky’ – but he really likes tacos!

Please contact PAN if you have any questions or wish to donate to the Jaime Green Care Fund. 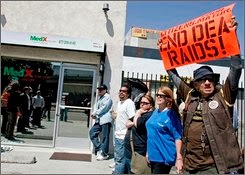 Jaime Green holds a sign during a DEA raid

Please keep Jaime in your thoughts and prayers.