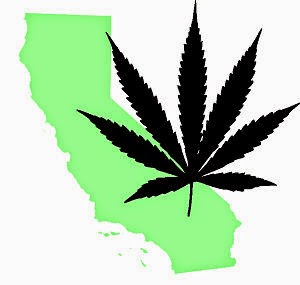 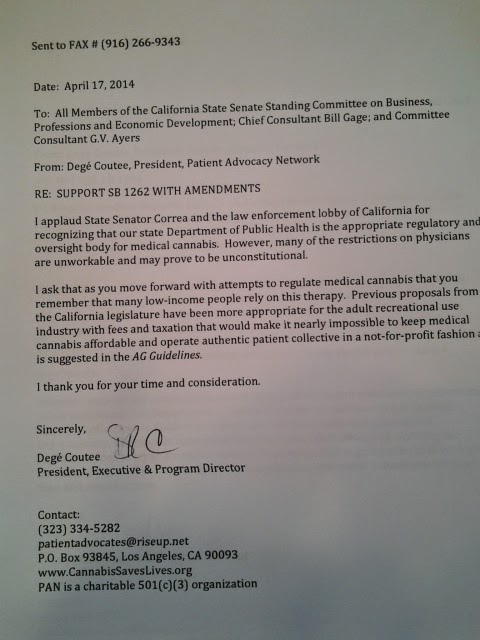 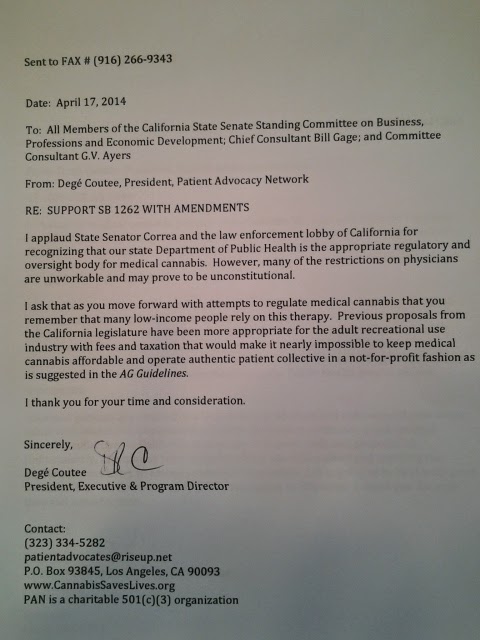 In previous elections Patient Advocacy Network has refrained from involvement in past California statewide marijuana legalization efforts, mainly because those failed initiatives lacked protection for patients and clarity with respect to collective guidelines.


However, there became a sense of urgency leading up to the Riverside Decision and it became clear that a statewide voter initiative was needed sooner than later to protect the spirit and intent of the Compassionate Use Act.   A strong contingency of cannabis advocates also wants legal hemp and adult recreational use.


SaveCannabis.org recognized that previous attempts to move cannabis legalization forward in California lacked transparency.  Despite multiple attempts, no California cannabis initiative has passed the voters since Prop. 215, in 1996.   Many of these initiatives were drafted behind closed doors without stakeholder input.  SaveCannabis.org did something different; they formed to start an open-source document for any member of the group to provide input on what California’s cannabis legalization initiative should look like; membership to the group is open.  What transpired was a document of agreed upon ideas by some 1,200 people with input from over 800 people including: patients, providers, cultivators, advocates, community leaders, concerned citizens, doctors and lawyers.


PAN President Degé Coutee and SaveCannabis.org co-founder Dave Hodges reached out to as many stakeholders as possible to provide input in time to file an initiative for the 2014 California General Election.  They worked together to edit provisions together to prepare the document for final legal review before submitting it to the Secretary of State.


Coutee states, “These are the best cannabis guidelines for Californians: patients, consumers, cultivators, and concerned citizens.  We are pleased to be involved.”  Degé Coutee is one of four proponents of the of the Marijuana Control, Legalization and Revenue Act of 2014 along with John Lee, Bob Bowerman and Dave Hodges.  The full text of the initiative can be found at:  http://www.marijuanacontrollegalizationrevenueact.com/what/the-language-full-text/


Proponents expect to get a title and summary from the CA Attorney General in a few days and can begin gathering signatures immediately.  Supporters need 504,760 valid signatures in 150 days in order to qualify for the November 2014 election ballot.  PAN is taking donations for the campaign through its 501h election.  All donations are anonymous and tax-deductible.  All contributions will be used to print petitions and pay for signature gathering efforts.  Contributions directly to the campaign can be made at: http://panorg.blogspot.com/ -- click the “Legalize Cannabis Campaign” donate button; mail a check to P.O. Box 93845, Los Angeles, CA, 90093 or call (323) 334-5282.

Posted by Cannabis Patient Voice at 2:46 AM 0 comments


Many thanks Hollywood Hemptress Tere Joyce for putting together this video of some of our activism.

You can watch previous shows at:  http://www.youtube.com/user/HollywoodHemptress

or listen on iHeart Radio at:  http://time4hemp.com/hollywood-hemptress-hour/ .

2014 – The Year To Invest In Cannabis Activism

Despite the lingering federal threat the marijuana industry is growing faster than the laws can keep up, which still puts cannabis cultivators and distributors at risk of federal prosecution or imprisonment.

Every major industry in America has supporters and advocates diligently lobbying on Capitol Hill whether its tobacco, beef or cars.  Fortunately, all of those are still legal but cannabis remains locked up in the Controlled Substances Act and has fewer advocates in Washington than any other group.  No wonder it’s taking over 77 years.

Other than grow her, sell her and smoke her, Mary Jane asks what have you done FOR her lately.  An investment in good cannabis activism is an investment in the end of federal prohibition.  What canna-business operator doesn’t want that?!

How much is legal marijuana worth to you?  An ill loved-one?  Someone in jail?  What are you willing to give this year to ensure the best activists in the movement have the tools to can get the job done?  Done!

Marijuana cannot legalize itself.  Fund her liberators and together we will change the world.

****
Patient Advocacy Network is a charitable organization.  Donations to PAN are tax-deductible and can be made at http://cannabissaveslives.org/
Posted by Cannabis Patient Voice at 6:36 AM 0 comments