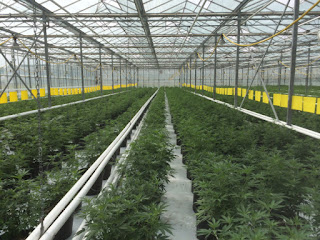 2015 left us with one piece of good news.  A federal spending bill, the Rohrabacher-Farr Amendment, prohibits federal authorities from using its funds to prosecute medical marijuana dispensaries compiling with state/local rules.  In a recent court ruling, U.S. District Judge Charles Breyer decided in favor of the dispensary, which allows the Marin Alliance for Medical Marijuana to reopen.  If upheld on appeal, other dispensaries currently under federal prosecution may see similar rulings.

Soon after this court decision headlines over-stated that marijuana prohibition had ended and the ‘war is over.’  The war is not over and while federal interference is blocked for now the battles are here at home.   In the final hours of the 2015 legislative session the California legislature passed the state’s first set of medical marijuana regulations known as MMRSA, the Medical Marijuana Regulation and Safety Act.

These three bills: AB 266, AB 243, and SB 643, by authors Bonta, Wood, and McGuire, respectively, along with other co-authors, create the bureaucracy for licensing and enforcement, strict environmental compliance, and multiple business licensing categories for the medical cannabis industry.   The issue of fees and taxation was left out of the bills intentionally due to the lack of time and votes.  ‘Clean-up’ legislation is already underway, and the first of such bills already sits on the Governor’s desk to deal with the first of many arbitrary dates in MMRSA.

This date, March 1, 2016, has spread fear and consternation among local legislatures across the state resulting in dozens of new bans on medical marijuana activities.  The wording of the state law indicated that local municipalities lacking any rules for medical marijuana cultivation by or before March 1, 2016, would default to the state’s rules.  The bill’s author told reporters the wording was a ‘mistake,’ presumably one of many mistakes in MMRSA to be cleaned up this session.

MMRSA by design pulls the rug out from under many authentic medical marijuana collectives and cooperatives in California, which is ironic because the driving force behind MMRSA, Governor Jerry Brown, was also the author of the AG Guidelines of 2008.  The AG Guidelines put into question the legality and compliance of storefront medical marijuana dispensaries and emphasized that a completely closed-loop, patient-to-patient, garden-to-distribution, non-profit business model as a way to possibly prevent diversion.

All of this is turned on its head under MMRSA.  Under MMRSA the closed-loop is no longer allowed and dispensaries will have to be hands-off of some operations of the business and rely on a third party with the appropriate permits.  Producers, manufactures, transporters and other personnel are no longer required to be legally qualified patients or caregivers.  Businesses no longer have to be non-profit.   All of which appears to be fine for new applicants but MMRSA established another arbitrary date, July 1, 2015.  Any medical marijuana business operating prior to this date with local approval may seek grandfathering status with the state that allows the business to continue to operate as is until 2026.

Consider upon release of the AG Guidelines, businesses wanting to operate in the spirit of the law created agreements and by laws to demonstrate a closed-loop, membership-based, not-for-profit organization of qualified patients and caregivers.  Some organizations chose to operate garden-direct and bypassed keeping a storefront dispensary altogether.   As a result there are a significant number of authentic medical marijuana producers and providers that have operated for years in the spirit of Prop. 215, the AG Guidelines, paid taxes, maintained good standing with the state, but never gained local approval because such a permit did not exist or was not required for non-storefront related activities.

While the veil of the necessary environmental protections in MMRSA keeps it looking shiny, there are many problematic provisions that could thin out the number of compassionate medical marijuana businesses in favor of a pocket of industry players with high-paid lobbyists in Sacramento seeking to drive the entire direction of California’s cannabis industry.  However, MMRSA is currently being challenged in court for violating Proposition 215, and there’s the effort to legalize cannabis in California in 2016.

PAN has always argued that the only way to legally broaden the Compassionate Use Act is through the voter initiative process.  PAN is supporting MCLR, the Marijuana Control, Legalization and Revenue Act of 2016.

See the initiative’s proponents and read the initiative here: http://www.oag.ca.gov/system/files/initiatives/pdfs/15-0085%20%28Marijuana%20V3%29.pdf?

PAN’s board members provided input and language to the initiative that protects low-income patient access and compassionate services.  Importantly, MCLR is the only initiative that provides communities with the tools to overturn the bans and start to undo the mess already being created by MMRSA.  Taxation, fees and the approval process under MCLR are fair and reasonable for all cannabis businesses, large and small, for profit or not.  Personal cultivation is lawful and there’s no jail time for pot.   Medical cannabis is protected, adult use is legalized, and industrial hemp agriculture is implemented under MCLR with reasonable regulations and safeguards.  MCLR is comprehensive and smart, and drafted as an open-source process with the input of over 1,200 people, most of which are patient advocates, industry experts, lawyers, political consultants and concerned citizens.   Several attorneys, specializing in various aspects of the law, have provided valuable input prior to the final filing with the Secretary of State.  I encourage you to read the initiative and get involved.

There are many initiatives filed to ‘legalize’ marijuana in California in 2016.  Therefore, it’s vital that you stay informed.   The battle to protect California’s unique cannabis heritage will be on the ballot this year.   I urge you to not be fooled by the power of persuasion that really big money buys.  The initiative touted by the media, the AUMA (Adult Use of Marijuana Act) backed by Napster and Facebook billionaire Sean Parker, is the adult legalization companion piece to MMRSA and written by Sacramento and law enforcement.  AUMA is a ballot initiative disguised as a voter initiative and backed by very large donors to ensure its place on the November ballot.

California has a great history of grassroots efforts and activism, and right now it’s the only action that will protect the cannabis industry from misguided bills, local bans, and a possible mega-corporation take-over.  Please contact PAN for more information, to become a donor, or to volunteer.

We need to gather 500,000 raw signatures to qualify MCLR for the ballot.  PAN has already coordinated a supremely qualified professional team to execute the signature gathering effort for MCLR.  The only thing we need is your financial support to hit the streets.  Contributions pay for petition printing and signature gathering.   Please don’t let the AUMA be the only initiative to make the ballot.  MCLR will force the debate on important issues like bans and jail time and give voters a choice.

PAN is uniquely positioned as a non-profit to take advantage of little known code that allows 501(c)(3) organizations to contribute to a political campaign.  This type of fundraising effort is most effective when the organization takes in many smaller contributions.  Donations are still 100% tax-deductible and election authorities do not require your personal information.  Large contributions can still be handled through our PAC.

I ask you to please make a one-time contribution of $35.00 - $5,000.00, and please ask your colleagues to do the same.  There is a donate button set up for the effort here: http://legalizeitcalifornia.org/donate/.  The donate button here: http://cannabissaveslives.org can take your donation as well, just type MCLR in the memo.

Please do not hesitate to contact me with any questions.  I look forward to making this happen with you.

Posted by Cannabis Patient Voice at 12:16 AM