Update:  The Rohrabacher-Blumenauer Amendment has been extended until January 19, 2018.  There is still time to contact your U.S. Representative and his/her legislative deputy.  It is suggested that in addition to the submitting your support via the rep's contact page and email, to also CALL your Representative.

On December 8, 2017, the Rohrabacher-Blumenauer Amendment officially expires while the Congressional Joint Appropriations Committee continues to negotiate the appropriations bill for fiscal year 2018.

Since 2015, this amendment, originally the Hinchey-Rohrabacher Amendment, has effectively halted the U.S. Department of Justice and the D.E.A. from enforcing federal law on states with medical cannabis regulations.   If erased from the appropriations bill, cannabis industry players and regulators across the country may find themselves in federal criminal jeopardy.  In recent statements to the press U.S. Attorney General Jeff Sessions called marijuana “detrimental” and a “federal violation… subject to being enforced.”

At this time the amendment almost looks certain to fail, or more accurately, disappear.  Unlike previous congressional sessions, the amendment will not be brought up for a floor vote with address and debate from both sides.  According to U.S. Representative Earl Blumenauer’s office, this amendment will either be in the final version of the 2018 appropriations bill or it will be cut as part of the frantic bill writing process that goes on when both congressional chambers get behind closed doors.   If the Rohrabacher-Blumenauer Amendment is cut, there are fears about how the U.S. Department of Justice will proceed. 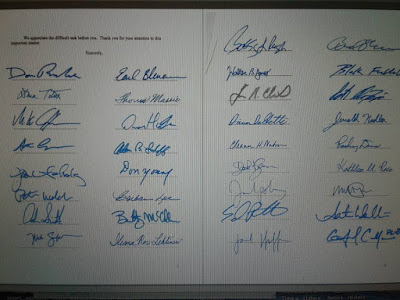 Those wanting to take action can do so by contacting your U.S. representative and asking him or her to add their name to a letter of support for a provision in the appropriations bill for year 2018 that protects states with medical cannabis laws from federal interference.”  See the letter enclosed in this post.


Likewise, you may want to also find the name of the deputy chief of staff and cc: them as well.  You will want to email the enclosed letter to the legislative director for a faster response.

It is common for elected officials and staffers to block attachments.  To ensure the letter of support has been received, you may want to call the legislative director and let him or her know that you emailed an attachment.

Engaging democracy is hugely important, usually tricky, and not always convenient.  However, this action does not require you to take to the streets, protest smash and grab raids, or offer court support for federal prisoners… yet.  Let’s take action now before the AG Sessions does.