Write A Letter To A Political Prisoner Of Conscience & Compassion

There are good letter writing tips at http://www.prisonerlife.com/tips.cfm.  Info on Bureau of Prisons policies can be found at http://bop.gov including sending books, money and supplies.

Join us live the last Friday of the month at 10 p.m. PST for our virtual letter writing party and at http://www.stickam.com/thepotcast.

Be sure to include the full address and prisoner # on the letter or post card.  Prisoner release date = (mo./yr.) and is not necessary for correspondence but is fyi.

This list is not comprehensive. If you know a patient, caregiver or doctor serving federal prison time for medical marijuana, please forward the information to patientadvocates@riseup.net.

“What happened to Topanga Caregivers?” 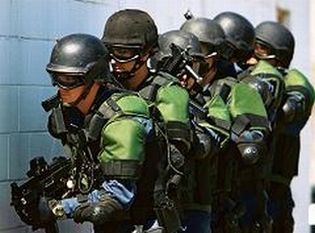 PAN received many inquiries about “What happened to Topanga Caregivers?”
On April 20, 2012, Topanga Caregivers in Woodland Hills was raided by LAPD with a search warrant signed by an LA Superior Court judge at 10:00 a.m. that morning.  The warrant also included one director’s home and vehicle.  Six people were arrested that day: three collective members on duty including the director and three security guards.  Currently charges include possession with intent for the director and conspiracy charges for his colleagues.   It’s unconfirmed the charges on the security guards.  All are out on bail.   Arraignment is set for May 18, 2012.

The raid was fairly typical: cameras removed; electronics tampered, destroyed, seized; cell phones, car keys seized; safes destroyed; all areas, furniture, shelves, drawers, boxes, containers searched, scattered; all cash seized; all cannabis flowers seized; some edibles and concentrates left behind.
Patients report it was a terrifying scene and some officers were overly aggressive.  Officers allegedly boasted this was the beginning of a huge crackdown in the west SFV similar to that in north valley.  Specifically, the Topanga Division of the LAPD appears to be initiating an operation similar to that of the Devonshire Division; their “mission” – to shut down every collective in their jurisdiction, which they did.  Just ask the former director of Cannamed of Northridge who is still fighting her charges nearly three years on and maintaining her innocence.

Topanga Caregivers states they are innocent, too.  They maintain: they have all applicable permits and licenses; they have complied with paying all applicable fees and taxes; they have successfully registered for every LA ‘list;’ they operated in the spirit of our State laws and “The Attorney General Guidelines;” they provided for a large compassion program.   PAN is witness to some of the collective’s open and cooperative relationships with their council member’s office as well as LAPD detectives investigating violent armed robberies.

Like Cannamed of Northridge, Topanga Caregivers argues they operated within all regulatory schemes set forth by local and state authorities.  To charge any of these people with possession with intent or other related offences is nothing short of entrapment.   To point guns in the faces of peaceful, law-abiding patients is reprehensible.  For LA to continue to let this happen is shameful.
So, the next question is then, “Why?”

Politics.  The failure of LA City Council to properly regulate medical cannabis collectives is ignorant.  SF, Oakland, Berkeley and a few other NorCal cities have had reasonable success implementing Prop. 215 and S.B. 420 activities in their communities.   LA City Attorney Carmen Trutanich and his assistant Jane Usher have wasted hundreds of thousands of dollars, possibly millions, defending the City’s illegal and unworkable ordinance defining their intentions as their “mission.”

PAN’s question is, “What is the ‘mission’ of the LA medical cannabis community?”
Those interested in participating in court support can call (323) 334-5282.
Posted by Cannabis Patient Voice at 1:46 AM 1 comments

There are several bills recently introduced in the California legislature that mention cannabis or attempt to regulate medical marijuana outright.  The bill that was very troublesome fortunately has been amended to a point that it will not affect patients.  AB 2552, introduced by California Assembly member Norma Torres, in its original draft, was designed to make it so that anyone with any cannabinoids in their system would be subject to criminal penalties and loss of their driver’s license:

However, the two bills that all cannabis patient advocates need to review, watch and speak-out upon are AB 2312 introduced by Assembly Member Tom Ammiano and SB 1182 introduced by State Senator Mark Leno.  Patient Advocacy Network urged patient advocates around the State to weigh-in on these bills to get feedback.  What we learned was very valuable and paralleled some of our experiences.

AB 2312 is said to be heavy-handed and over-reaching in its attempt to fully regulate collectives on a statewide level.  It is argued that this legislation could effectively regulate all collectives out of existence.  Tom Ammiano’s office states it sat with a broad coalition of patients, advocates and providers, which is not true.  PAN met with Ammiano’s staff that indicated they “did not want to hear from a bunch of patients that did not want to be regulated.”  This rhetoric does not come from the patient community; we WANT workable regulations.

The Assembly Member’s office appears to have been cooped by the self-professed marijuana “labor” movement.  Their agenda was thrust upon Ammiano’s office by those involved with the voter initiative Medical Marijuana Regulation, Control and Taxation Act that was not supported by patient advocates and failed as an initiative.  AB 2312 does not promise to be workable but cumbersome and favorable to a select few handpicked individuals.  Collectives would have to shut down statewide until an appointed board approves their registration.

Please read it.  Not one cultivator wants this law given the current federal climate!! Unfortunately, AB 2312 was not drafted to be proactive but was a pure reaction to threats from federal authorities.  Even advocates in Colorado have tried to express to our legislature that there is no State law that will keep the feds from taking action against medical marijuana patient collectives and cooperatives.  We must have a change in federal policy as addressed in PAN’s Position Paper.

Leno’s SB 1182 points back to the Attorney General Guidelines For The Security And Non-Diversion Of Marijuana Grown for Medical Use issued by the Attorney General in August 2008 and states patient collectives would follow these guidelines not as a matter of AG opinion but as a matter of law.  While not a perfect piece of legislation, Leno’s bill is much more workable and in line with what ethical collectives are doing already.  This legislation does not try to shut everyone down, as does AB 2312.