Give Thanks To The Patients That Made It Possible 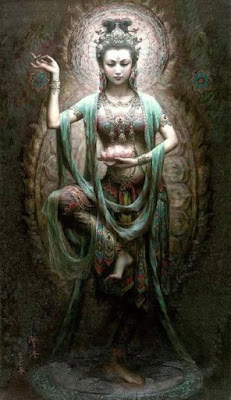 This past election we saw two more states become medical: Utah and Missouri; and the first state in the mid-west to adopt recreational: Michigan.

Thailand is eyeing being the first Asian country to approve medical cannabis laws. Canada is concerned about its dwindling medical cannabis supply since the implementation of adult use and is teaming up Jamaica for product.

As we watch the industry take on challenges from city to city, state to state, and country to country, one thing remains the same, patients are concerned about cost and availability of medical cannabis in every regulated jurisdiction.

Over-regulation and hyper-taxation is putting a stranglehold on patients. Affordability and availability is an issue everywhere medical cannabis is approved.  Patient advocates hoped that adult recreational would help, not harm, access to medical, but it has made things worse for patients.

Unfortunately, licensed providers, or those hoping to become licensed are silent to the plight of patients for fear of losing authorized approval.  Defending patients often means advocating for affordability, lower-taxation, and compassion programs.  State and local governments don’t want to hear about programs that lower the potential revenue and therefore, providers don’t bring it up.  In some cases, license applicants that have solely wanted to serve patients have had their applications denied over those proposing large adult recreational outlets.

As a result the basic greed by business owners and government officials has thrown patients under the bus.  Compassion was vetoed in California because the overall projected revenue is down and the governor would not approve a program that would eliminate some taxation, even for the poorest, sickest patients that aren’t even buying it retail anyway.  The revenue is down because the taxation and fees are too high and the underground market is thriving.  California’s legislature seems to be too blind to figure this out and/or too impotent to act.  The recent MJ Biz Conference didn’t even acknowledge medical cannabis or patients with any speakers or panels.

This was the level of exposure that patients, providers and caregivers had to offer to get elected officials to listen and take action.  These were the people that experienced the DEA raids, had their bank accounts closed, lost jobs, had children taken away and lost housing for being a medical cannabis patient.  Some went on to federal prison for following state law.

So, all of you CEO’s, COO’s, VP’s, and others of major cannabis companies, please thank poor, disabled patients brave enough to expose themselves to their governments, the media and law enforcement about some of the most private and sensitive parts of their lives during a very dangerous time to help pass laws long before you now get to exploit them for profit.

Four Palm Springs area pot shops are among the first in California to get annual licenses
https://www.desertsun.com/story/money/2018/11/05/palm-springs-cathedral-city-pot-shops-among-first-california-get-annual-weed-licenses/1892094002/

California Court Says Police Have to Give Back Marijuana They Seize During Arrests
https://www.civilized.life/articles/police-give-back-seized-legal-marijuana/

The Eruption Of Illegal Weed Dispensaries In L.A. Is A Problem Of The City's Own Making
https://psmag.com/economics/the-eruption-of-illegal-weed-dispensaries-in-l-a-is-a-problem-of-the-citys-own-making

Voters give thumbs up to cannabis taxes in Lake, Mendocino, Solano counties
https://www.sonomanews.com/business/8929947-181/voters-give-thumbs-up-to

The future is bright for medical cannabis
https://www.thegrowthop.com/cannabis-business/the-future-is-bright-for-medical-cannabis

Guns and Medical Marijuana: An Illegal Mix, According to Feds
https://foxbaltimore.com/features/operation-crime-justice/guns-and-medical-marijuana-an-illegal-mix-according-to-feds

No clear guidelines on testing for medical marijuana in Florida
https://www.wptv.com/news/region-c-palm-beach-county/west-palm-beach/no-clear-guidelines-on-testing-for-medical-marijuana-in-florida

Illinois - Medical marijuana use up 83% in state; PTSD most common condition treated
http://www.chicagotribune.com/news/ct-met-medical-marijuana-illinois-annual-report-20181004-story.html

Indiana lawmakers are considering medical marijuana.
One legislator said he tried it.
https://www.indystar.com/story/news/politics/2018/10/19/indiana-lawmakers-consider-medical-marijuana-legalization/1688258002/#

Medical Marijuana in Indiana After Jeff Sessions and With New Legislators
https://www.wibc.com/news/local-news/medical-marijuana-indiana-after-jeff-sessions-and-new-legislators

Louisiana - Medical marijuana plants are ready for harvest, but lack of a testing lab could lead to delays
https://www.nola.com/health/index.ssf/2018/10/medical_marijuana_held_up_by_l.html

All about Amendment 2, the medical marijuana proposal approved in Missouri on Tuesday
https://www.news-leader.com/story/news/politics/elections/2018/11/07/missouri-medical-marijuana-amendment-2-approved-what-means/1915973002/

Some things to know about Ohio’s medical marijuana program
https://www.sanluisobispo.com/news/health-and-medicine/article220301080.html

Concerns about deadline being met about medical marijuana in West Virginia
https://www.wtrf.com/news/west-virginia-headlines/concerns-about-deadline-being-met-about-medical-marijuana-in-west-virginia/1536195630

Forget Stoners. The Real Money Is in Medical Marijuana
https://www.bloomberg.com/news/articles/2018-10-12/medical-marijuana-is-where-the-real-money-is

UK - Medical cannabis ‘will be available on prescription within a month’
https://metro.co.uk/2018/10/07/medical-cannabis-will-be-available-on-prescription-within-a-month-8013071/

Medical cannabis will soon be available on prescription in the UK, but who will get it?
https://www.inyourarea.co.uk/news/medical-cannabis-will-soon-be-available-on-prescription-in-the-uk-but-who-will-get-it/