The 2015 California legislative session ended with three medical marijuana regulatory bills being passed through both houses in the last 6 hours of the session.  New statewide medical cannabis rules are expected to be signed by the Governor anytime.  These rules establish licensing guidelines for all commercial medical cannabis activities including cultivation and manufacture of concentrates.

These rules are not without flaws or criticism.  The amended bills were kept under tight wrap until just before they were voted upon near midnight on the final day of the session.  The senate and assembly suspended the rules that allow for public input ensuring no one could provide feedback in the 11th hour.  There is also still legal debate on just how much these bills tread on Proposition 215, the 1996 voter-approved initiative known as the Compassionate Use Act.

However, the rules are better than expected given previous versions and the direction other states have taken.  For example, New York does not allow flowers and Washington does not allow patients to grow their own, issues perpetuating a black or gray market in those states.

Previous versions of California’s bills put medical marijuana under the purview of the Alcohol Beverage Control Board, a move harshly criticized by patients.  Consumer Affairs, Agriculture and Public Health are the departments that oversee commercial cannabis operations in California, which is far more appropriate.

PAN has received many calls from patients and providers wanting to learn how to comply with the new rules or how their businesses may be affected.  Here are some things to consider:

Everything you knew about the AG Guidelines is wrong.  The news bills have dismantled the AG Guidelines and parts of SB 420 by allowing commercial retail of medical marijuana and phasing out closed-loop, not-for-profit collectives and cooperatives.

There are also many compliance dates in the bills.  The rules seem to acknowledge that not all aspects of the law can be fully functioning or implemented all at once.  Compliance will fold in as licenses become available through the newly formed Bureau of Medical Marijuana Regulation, such as for independent laboratory testing. (For example, the rules seem to recognize cannabis can’t be tested per the law until these approved testing sites exist.)

Patients can still grow their own; 100 sq. ft of total grow space.  Caregivers can grow for up to 5 other patients, 100 sq. ft of grow space for each patient.  No licensing is required as long as all activity is non-commercial.

The California legislature acknowledges these rules are not complete and have stated they will start working on amendments January 2016.  Likewise, voter initiatives to end bans, protect medical, as well as legalize cannabis for adult use are in motion.  While a set of rules will be on the books soon, those rules will probably change sooner than later.

There are numerous other functions of these laws to consider.  Any one with questions or concerns can contact PAN directly.

Additionally, proponents of the statewide voter initiatives are making final amendments.  The drafting of the Marijuana Control, Legalization and Revenue Act of 2016, has always been an open-source process.  All are welcome to participate.  You are encouraged to review the most recent draft of the initiative and provide any feedback.  The initiative will be filed for a final title and summary in two weeks.

Feedback on MCLR can be sent to:
http://www.marijuanacontrollegalizationrevenueact.com/contact/


or feel free to contact PAN with any questions.
Posted by Cannabis Patient Voice at 1:03 PM 0 comments 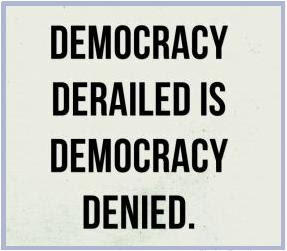 
The current status of the California state legislature's medical marijuana bills is complicated.  The 2015 session is ending in a few days and the legislature doesn't seem any closer to crafting a workable set of guidelines for authentic medical cannabis providers.

Just days ago Governor Brown weighed in on language and now all of that language is gone.  All of it.  PAN watched as each bill was updated with the entirety of each bill redlined.  The only language left is the intent of the original motion.  (The links with each image above will take you to the complete file on that bill.)

Also complicated is each bill now mentions the other..."This measure shall become operative only if.." the other bills become operative.  Click on the Today's Law As Amended tabs to see how the legislature has made this very confusing.

We are unsure if these bills have become placeholders for the next session or if amended language will fill these empty bills in the 11th hour before a final vote this session.  The Legislature has suspended the rules that require them to give notice to or take comment from the public - Joint Rule 62(a).  Providing any input at this point is almost impossible.

In years past when the legislature has done this, it has meant the death of that bill.  However, in years past the bills were not completely gutted prior to a full vote, nor did they have the Governor's attention while still on the floor.  We do not understand this strategy but we intent to ask many questions in the next few hours to find out.

While PAN supports equitable guidelines and regulations for medical cannabis operations, these bills  are egregious (favoring collectives with high-paid lobbyists) and expensive (lots of new fees and taxes), hence violating Prop. 215.  The Legislature is treating medical cannabis like adult social marijuana, effectively taking the Compassion out of the Compassionate Use Act and making it the Use Act For Cash.

PAN isn't going to stand for that.

Posted by Cannabis Patient Voice at 4:45 AM 0 comments