A Voice In Congress For Medical Cannabis Patients 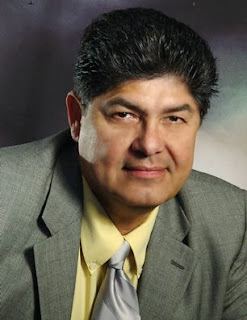 From Our Sister PAC - Patients For Compassionate Use Policies

Labels: david hernandez for congress, patients for compassionate use policies 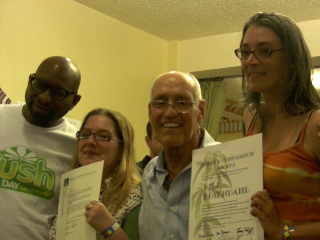 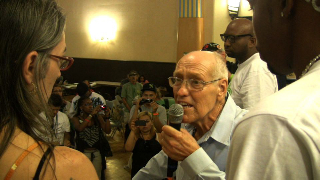 “As most of you have heard, a few months back I received the difficult news that I have cancer.  It was a shock but, like every challenge I have faced during my lifetime, I decided to meet it head on,” Rosendahl said in a recent written statement announcing his intentions.

On July 24, 2012, the Los Angeles City Council voted to replace its existing medical marijuana ordinance with a ‘gentle ban’ on any association of 3 patients or more.  The LA City Council took this vote while Councilmember Rosendahl was out on medical leave for chemotherapy treatments.

However, on October 2, 2012, Rosendahl implored his colleagues to repeal the dispensary ban.  "This word, 'gentle ban,' is a bad word. It's not gentle. It stops me from being able to get my medicinal use," Rosendahl told his colleagues.  A Vietnam Veteran and openly gay politician, Rosendahl was open about using medical cannabis for neuropathy and to cope with chemotherapy.  “If I can’t get marijuana, and this is medically prescribed, what do I do?  What do all the people who have health issues, who have been relying on this do?”

Patient advocates argued that there was nothing gentle about the City’s ban.  The City Council argued that the ‘City is being sued at every turn’ over the original set of rules it put in place in January 2010.  Several dozen patient collectives sued the City and won a temporary restraining order preventing the City from enforcing what were called ‘unconstitutional provisions.’  Rosendahl’s move forces LA’s legislature to return to the table and create a workable set of guidelines.

Degé Coutee, president of Patient Advocacy Network, a charitable education and advocacy organization fighting for patients’ rights, and one the original members of the LA’s Medical Marijuana Working Group has been advocating for sensible dispensary regulations for Los Angeles for nearly 8 years.  This past weekend Coutee and her organization honored Councilmember Rosendahl with 2 awards during an all-day event, Kushday LA – Celebrating Cannabis With Music & Education, featuring numerous speakers and entertainers.

“If it were not for your heroic efforts, we would still have a dispensary ban in Los Angeles. On behalf of all patients, thank you,” Coutee said to Rosendahl in front the Kushday audience.  Presenting him with the organization’s Spirit & Compassion Award, Coutee read, “For your endless courage and strength, for your boundless compassion and care for others, for your dedication to public service, for breaking stigma and bravely speaking out on civil rights and social justice issues including medical cannabis legalization, we are honored to present you with this award.”

Patient Advocacy Network board member Shona Gochenaur, also the executive director of Axis of Love SF Community Center in San Fransisco, a social service center for low-income, disabled medical cannabis patients presented Rosendahl with a certificate from the Harvey Milk LGBT Democratic Club.  Gochenaur read, “We wanted to reach out to personally thank you for taking a stand and helping to promote safe access to patients. By using your voice and personal story you have helped to challenge unproductive bans... Thank you for leading with a true voice and a brave heart,” the certificate ends.

Rosendahl states he is ‘passing the baton’ and has encouraged his deputy chief of staff, Mike Bonin, to run in the City election in March 2013.  However, Rosendahl states he will not completely leave public service, “Please know that I don’t plan to fade away.  On the contrary, once I have beaten this cancer I plan to return to public affairs broadcasting on television or radio.  I want to create a space for honest and open dialogue on the important issues facing our city, our state, and our country; a space where people can finish their sentences, share their thoughts, and contribute in a positive way to the public discourse.”

There is free and open street-parking available and a free parking (on Sunday) in the LA City College garage on Heliotrope.

Kushday  - Celebrating Cannabis with Music & Education - is a benefit for Patient Advocacy Network.