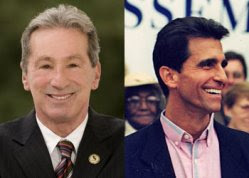 Advocates Deliver Thousands Of Signatures To San Francisco Federal Building At 12:30 p.m., Wednesday, May 2, 2012, Urging The Halt Of Federal Crackdown

“Thousand of Pelosi’s constituents are being affected by this federal attack including our veterans and HIV/AIDS patients and many others.  She has the authority to help stop this assault on the patients and the will of the voters and these signatures are urging her to do so,” states Shona Gochenaur, member of the Patient Advocacy Committee of the San Francisco Medical Cannabis Task Force, a committee largely made up of low-income and disabled medical cannabis patients.

San Francisco Board of Supervisor David Campos has voiced concern for the civil rights and safety of the city’s disabled patients. “San Francisco has a regulatory system with neighborhood input and government oversight. It is misguided and wrong that US Attorney Melinda Haag would choose to target a well-implemented system and force disabled patients into a criminal arena for legal medicine.”

The San Francisco Health Department, which oversees the city’s medical cannabis program, is on public record stating that “no complaints” have been filed from the host neighborhoods of established and city permitted medical cannabis collectives. However, US Attorney Melinda Haag continues to seek closures of collectives based on “neighborhood complaints.”

“I’ve worked hard to improve our neighborhood,” states Cathy Smith, founder of Hope.Net, a city permitted medical cannabis collective whose landlord is threatened with asset forfeiture by US Attorneys.   “I don’t want to be punished for making it safe for children to walk down our streets.”

Patient Advocacy Network supports the petition states Degé Coutee, president of the charitable civil rights education and medical cannabis patient advocacy organization based in Los Angeles.  “If US Attorneys aren’t stopped IN San Francisco, they aren’t going to stop WITH San Francisco.  Representative Pelosi is in such a strong position to help alter the direction of this issue locally and nationally.”