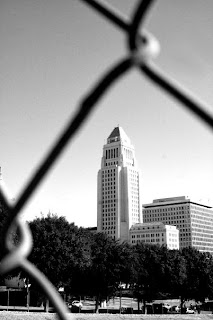 The recent passage of the ban on Medical Marijuana Dispensaries by the Los Angeles City Council has left many puzzled given the Council’s history with this issue, the 762 current tax-paying collectives and recent court decisions stating collective bans are unlawful.  However, do not turn to logic or reason for your answer; you will drive yourself mad.  Instead, think politics.

In 2007, the LA City Council voted on what many refer to as the ‘illegal moratorium’ – illegal because the City Council failed to vote to extend this Interim Control Ordinance by day 45, the legal limit.  Instead the Council did not review this ordinance until 90 days after its passage, at which time the ICO had legally expired.  By State law LA’s moratorium was done before the ICO’s registration deadline.

While at least 485 collectives were operating in the City on November 13, 2007, only 187 chose to register by the ICO deadline.  Many did not register as they were advised by their legal counsel not to because of the ‘illegal moratorium’ or advised to ‘not get on a list’ because a cross-deputized LAPD officer stated openly he would ‘bust everyone’s ass’ for admitting to running a collective or because of the DEA landlord threat letter.  Attorneys told their clients that if the City took any action against them, the collectives could sue.

One-way in which collectives tried to remedy their situation was to file a Hardship Exemption.  Under any ICO there is a hardship clause.  This allows businesses that cannot comply with a moratorium to have a fair public hearing to consider the reason(s) for non-compliance.  While not official court hearings, Kangaroo Court does not begin to express how the hardship hearings were handled.  The City refused to hear that its moratorium was legally over.  The City refused to acknowledge that property owners in the City were under attack by the U.S. Department of Justice and Drug Enforcement Administration.  The City would not hear that rogue LAPD officers threatened to target collectives that registered with the City.  It was at this point where any and all good faith attempts by collectives to be reasonable, dutiful players turned to hiring attorneys and preparing for the City to make its next move.

During this time at least another 300 dispensaries opened their doors in LA.  Neighborhood groups and community leaders began to inquire with their council members as to why collectives continued to open despite the moratorium, why were so many collectives requesting a hardship and when will there is be a final regulatory ordinance?

Enter the LA City Attorney’s office.  In 2006, when Councilmember Dennis P. Zine first motioned for a moratorium, Patient Advocacy Network sat down with him to discuss the need to seat a working group to draft regulations expeditiously. He was reminded that the maximum time with extensions, 18 months and the 45 days, was all the time the City had by law to get an ordinance approved and on the books; failure to do so would create legal chaos.  The Los Angeles Medical Marijuana Working Group was seated and met several times during 2007, to draft a workable ordinance.  Much of the work was done before the moratorium took effect.  The Group’s final meeting was cancelled by notice from the City Attorney indicating that the Group’s input was no longer needed and the City Attorney would complete the City’s medical marijuana ordinance.

Nearly a year passed and the City Attorney had still not presented a draft ordinance for Council’s approval despite numerous requests from the Council.  Councilmember Ed Reyes reconvened the Working Group very briefing and began drafting a new ordinance due to the lack of communication from the City Attorney.  Councilmember Zine had to actually get a motion passed to force the City Attorney’s office to present its draft ordinance.  What finally came to light was an unworkable, legally questionable ordinance unlike any set of regulations in California.  Sales were not allowed but sales tax had to be paid.  All patients had to participate in cultivation regardless of how ill, disabled or low-income they may be as the City Attorney believes cultivating is the only medical cannabis activity allowed by State law.

Despite no legal evidence to support the City Attorney’s claims, the LA City Council, after adding further restrictions, approved what the media referred to as the ‘Worst Medical Marijuana Ordinance In The Country.”  Upon its passage in January 2010, the first lawsuits by patient collectives were filed against the City.  By December of 2010, the judge ruled that provisions of the City’s ordinance were unlawful and granted dozens of collectives a Temporary Restraining Order against the City of Los Angeles.  The City immediately made amendments to the ordinance to argue that the original ordinance was no longer in place but further lawsuits were filed and a few hundred more collectives opened their doors in Los Angeles.

During these years patient advocates continued to offer solutions, present workable draft ordinances, facts, evidence and experts.  Patients and their advocates have attended countless hearings and meetings with the City on this issue.  Hundreds of patients have testified on public record what the City’s failed ordinances have done to their health and lives.

Then came the Battle of the Bans.  Angry, frustrated and concerned Angelenos still had the same set of questions they did in 2007:  Why do dispensaries continue to open; Why is there no workable set of guidelines for regulating them like in West Hollywood, Palm Springs, San Francisco;  Why can the City do nothing about shutting down bad players?  Instead of answering the questions they heard, the Council answered the questions they wanted to hear and ultimately blamed physicians, patients and State law for LA’s problems.

LA Councilmembers José Huizar and Paul Koretz proposed banning dispensaries outright in two competing motions.  Huizar’s proposal is to ban all dispensaries but allow 3 or fewer patients to grow therapeutic grade cannabis together and to distribute the harvest among them – “The Gentle Ban” – gentle because sick and dying people get to become horticultural experts in their final days and weeks while they wait 4 - 6 months for a harvest.  Koretz’s motion is a ban on all dispensaries except 100 handpicked dispensaries that would remain operational – “The Limited Immunity Ban” – immunity limited to those who made contributions to Mr. Koretz’s election campaign.

The LA City Council does not like to appear in conflict publicly and on July 24, 2012, worked out a way in closed session to approve both bans.  The Gentle Ban was approved and adopted outright, signed by the Mayor and goes into effect September 6, 2012.  The Limited Immunity Ban was amended to include only the collectives that made it on the ICO list of 2007, and that proposal now heads back to commissions, committees and the Council for final approval.

Now back to thinking politics.  When those concerned citizens ask their council members about the medical cannabis issue, the Council can say they voted on the ban, for them.  The City Attorney wrote The Gentle Ban and argued hard for it for many months as the “only way to the stop the lawsuits and close the dispensaries.”  Undermining our State’s medical marijuana laws and Councilmember Zine’s original motion to regulate storefront dispensaries has been the centerpiece of LA City Attorney Carmen Trutanich’s term in office.  After recently losing his bid for LA County District Attorney most local political experts argue Trutanich will also lose his bid to get re-elected as LA’s City Attorney.  When the ban doesn’t work, is challenged in court, very few close and more collectives open, the Council can throw the ‘Nuch’ under the bus.  He wrote it, it was his idea and he said it would work.

Due to the failed moratorium and recent court decisions favoring collectives, any move by the City or the voters to block LA’s collectives from having a fair public hearing for consideration of a medical marijuana permit will perpetuate lawsuits.  Once the moratorium expired with no workable ordinance in place, the City gave every collective in LA vested rights.  This is not the fault of physicians or patients or Proposition 215.  This is the failure of the Los Angeles City Council.  Failure to put fair, workable regulations in place for medical cannabis collectives and to allow a fair process will cost Los Angeles taxpayer another few million dollars and possibly a few more political careers.

Posted by Degé Coutee
Posted by Cannabis Patient Voice at 2:59 AM

You can find information regarding vermont medical marijuana to know all about the marijuana laws for the treatment of life threatening diseases.